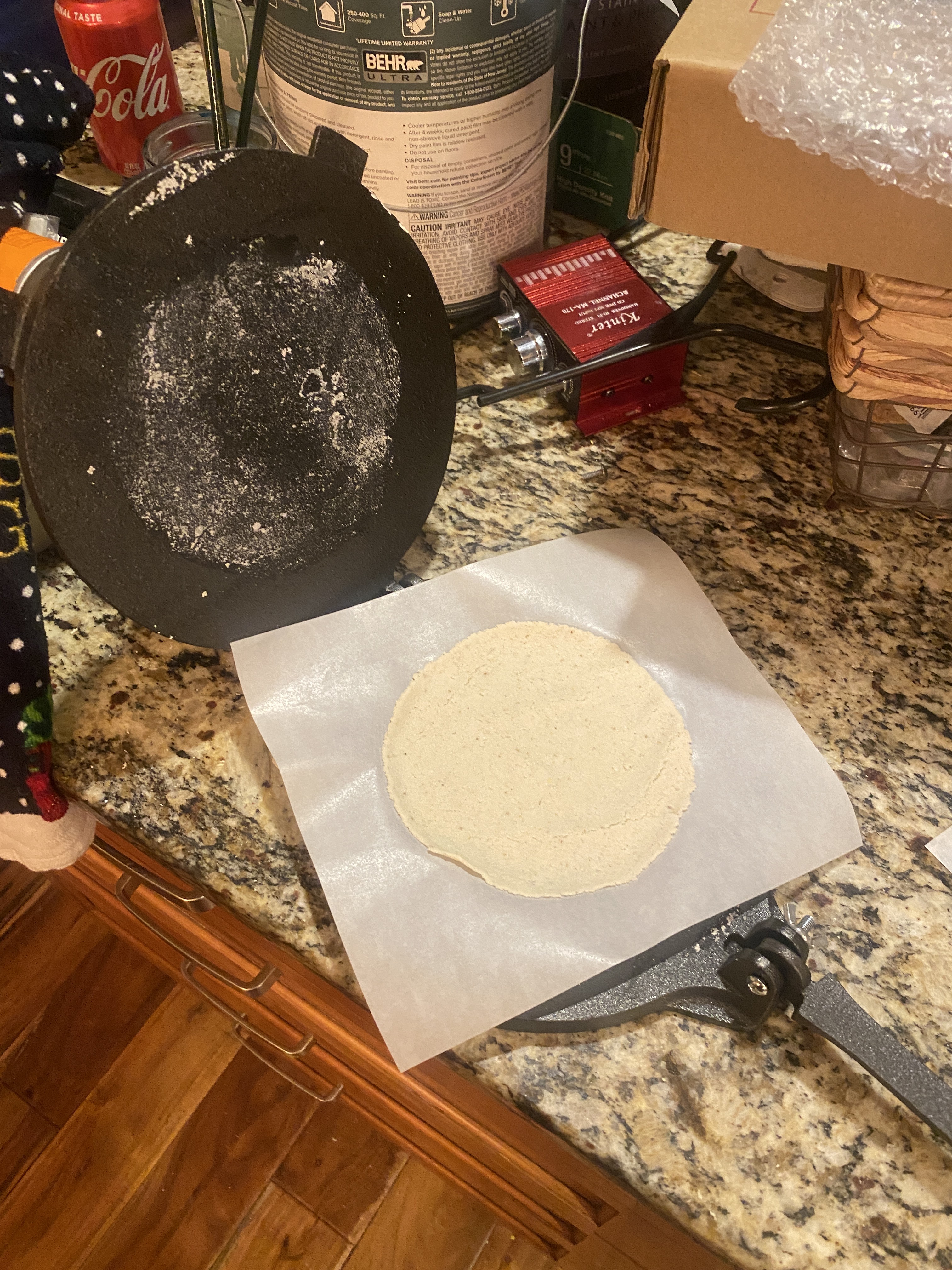 Dinner at Stephanie’s
For the past week, I have been connecting with my family using Facebook Live or Facetime. When I was on the radio, I had a fan page and a personal page. I have been using my “married life” page more often, and that is where I have done these videos. I knew I had a few chef friends, and many are out of work and have time to check-in with me and tell me what I am doing wrong. Understand, I have raised five children, and I can definitely chef up some good food, but I have been trying new things lately because well, I have the time.
I made a video after being unable to figure out the “trick” to pressing my tortillas. I was inspired by my longtime friend, Chef Uy Phu, who owns Seaside Pub when he posted about making tortillas because it was “totally easy and worth it.”
I ordered a tortilla press, and we (my son Coti) and I were counting down the days until its arrival.
I made the dough and let it rest as the Masa flour instructions directed me. I did laundry and dishes; is everyone doing laundry and dishes ten times a day like me?
I opened up the press and grabbed the parchment. I separated the dough in 12 balls as suggested. I oiled up the pan and readied my serving plate to stack those yummy corn tortillas that would accompany my pork and slaw that was ready to rock the minute these fresh hot suckers were off the fired pan.
That is when the shit show began.
The dough was sticking, and nothing I was doing was remedying this situation.
I hit FaceTime and went live to share not only my frustration but also ask for solutions.
Not only did I feel heard, I felt like I was not alone for the first time since the quarantine began. I had friends offering help, laughing with me and at me, and thanking me for being my real self and being there because they related. Not to the tortillas but to feeling frustrated over some situation and bringing levity to it.
Join me for Stephanie’s Sh*& Show Cooking. You will probably learn nothing, but maybe you can have a laugh and relate.